We can help with the adoption process and keep you informed of your rights and obligations throughout the very emotional process.

Very often, parents that are childless want to adopt a baby. But unless the procedure is followed properly, problems and tragedy can occur later. For example, the mother who gave the baby up for adoption may have a change of heart and wants the baby back.

The pain that may occur by taking a baby who has been loved by adopted parents, away from them is enormous. There are legal procedures that can avoid the heartbreak that can occur. These laws are also legislated at the state level and each state is different.

In some cases religion is an issue and in some states racial prescriptions are legislated.

Another problem is that there are illegal sources of babies for parents who are either deemed not suitable by the government agency or parents who don’t want to spend the time to go through the prescribed steps. Adopting a baby through one of these baby mills can lead to disaster. You can’t know what you are getting and where it came from. In some cases, they prey on the desire for a baby and are just outright scams.

Make no mistake about it, adoption is not an easy or fast process. However there are some things you can do to start the process which will help you along the way.

The first step is to actually Learn About Adoption. You’ll want to consider the different types of adoption as well as how you will pay for the adoption itself.

The requirements, costs, and waiting period are different for each type of adoption. There are four basic types of adoption, excluding step-parent adoption:

Adopting a child in the foster care system may be completed directly by the public agency (usually department of human services or social services or by a private agency contracted to complete adoptions from foster care. Here are a few important notes about foster care adoption:

It is common for a child in foster care to be adopted by their foster parents or relatives. While many people decide to become foster parents first, there is no guarantee that they will be able to adopt a child placed in their care or another child in the system. State agencies usually want to place the child either back in the care of their birth families or with a relative.

This is an adoption organized and managed by a private licensed adoption agency.

The process of adopting a child from another country, which may be accomplished privately through an attorney or through an international adoption agency.

An adoption initiated by prospective adopters and completed with help from an attorney or adoption counselor is known as an independent adoption or a private adoption.

Adopting a step child is the most common form of adoption and is the process where by a stepparent agrees to become the legal parent and fully responsible for his or her spouse’s child. Once this type of adoption takes place, the noncustodial parent no longer has rights or responsibilities for the child including child support.

Stepparent adoption is an important legal step that does provide many benefits to a family including:

For more information on adoption and how you can start the process, call Jennifer Mills Peek today!

TALK TO A LAWYER TODAY!

You deserve a knowledgeable advocate who is dedicated to helping people who are going
through the difficult process of family-related legal challenges.

Our first responsibility is to our clients.
We will always be there when they need us. 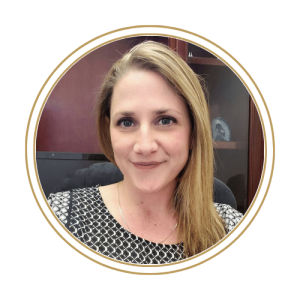 She knows that all other aspects of family law are delicate and sensitive practice areas. We can treat you with the kindness, sensitivity, and discretion you would expect, yet still, be tough and strong on your behalf. It’s what we do, every day.